Introduction
There is a big difference between classical and rock music. I once asked a pro classical pianist friend of mine, Helene, to play the 19th Goldberg variatio for me. She never played it before, and could not remember it. So, she just grabbed the score, put in on her piano, and within 3 minutes, she could play it in a wonderful way for my greatest pleasure.
What if I have asked for “Foxy Lady” ?.
When it comes to modern music, no matter how good you are at reading scores,
you’ll go nowhere without a complete knowledge in tone.
You can play Bach on any instrument but in case of rock music, tone is part of the music itself. 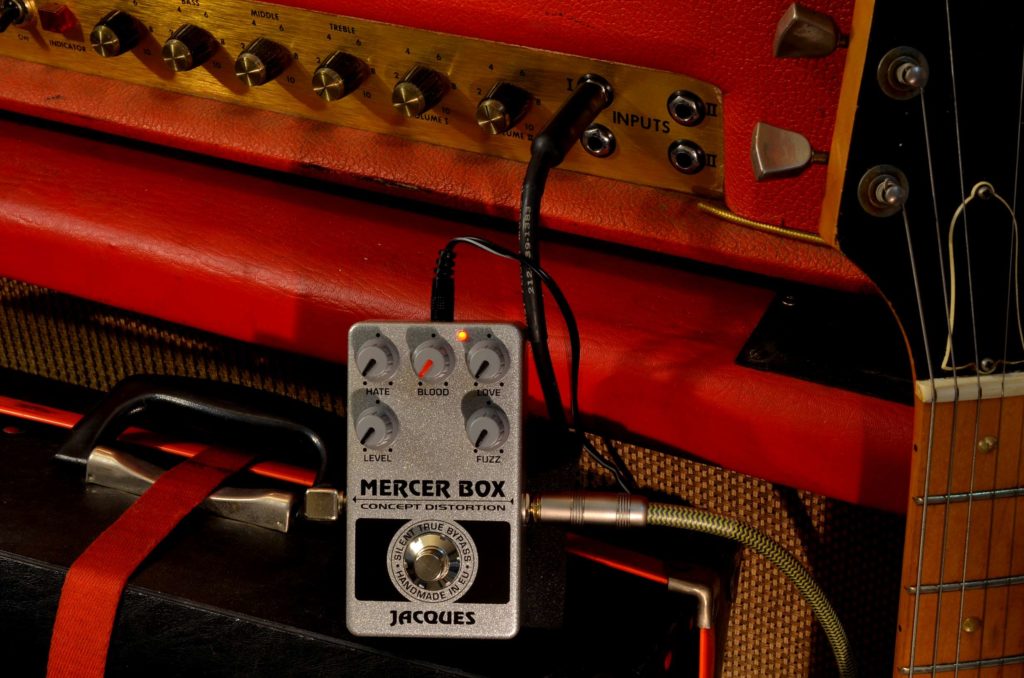 The MERCER BOX 2 contains all my knowledge in distortion tone and will transmit it via its outstanding controls.
Featuring the widest distortion tonal range ever achieved, from CLEAN to the HIGHEST GAIN, and performing the BEST CLEAN-UP of all time, the MB2 will change your perception of guitar tone forever. 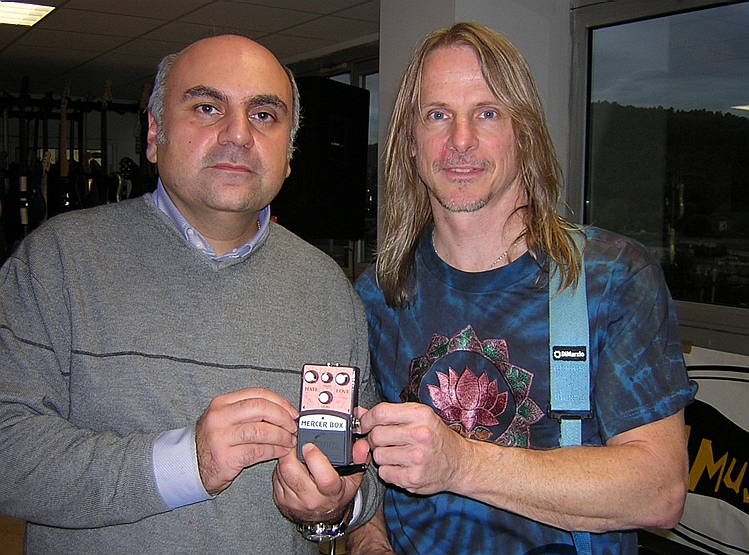 Steve Morse and his prototype MercerBox2 #1, autographed by me.

1 – The tone of distortion
I handcraft distortions, and have been doing this very peculiar electronic experimentation since 1973.
When I came to mass production, my idea was to benefit from the comfort of high-tech manufacturing while keeping the handcraft tone.
In the case of the Mercer Box 2, never before has a stompbox benefited from the best of both worlds.
Using discrete components for tone and hightech components for non-tone, we merged my best handmade designs into a coherent electronic device.
Its tone is based on my best handmade Mercer Box which emulates the heavenly union between perfect fuzz pedals and raging plexi 100watters.
The resulting complex interaction, known as the best guitar tones ever heard by human ears is now available in a modern compact stompbox.
If you think this is exaggerated, you should have seen the look in Steve Morse’s eyes when he played it… and Steve even asked me to autograph the MercerBox2 #1 for him. 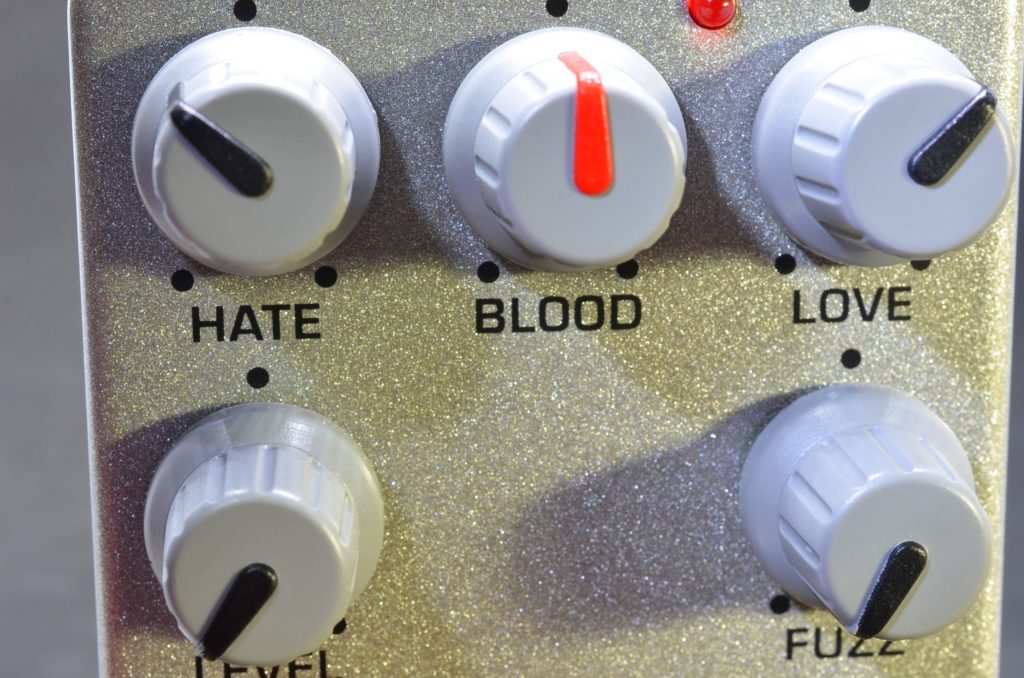 2 – Controls
You could expect an unusual concept like the Mercer Box to act differently.
Of course, every Mercer Box potentiometer has its own tropism, a goal where it aims.
HATE introduces an immense low rage, while lack of LOVE takes off the harmonics and gain.
BLOOD brings intense life and FUZZ brings in distortion with no limits.

LOVE & FUZZ , The two gain controls of the Mercer Box work as pushing on the brakes and the gas at the same time : that ‘heel toe’ method transfers the distortion weight for different tones.

But none of these parameters act alone : they all depend one from the others. 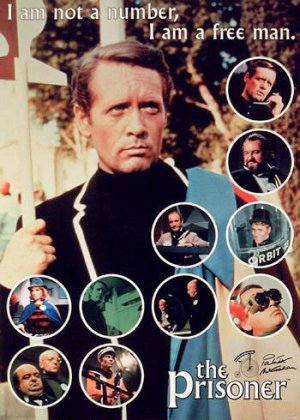 3 – Knob Number 6
When set at full distortion, the Mercer Box is fireworks splendor breaking the night.
At ease with single coil pick-ups or humbuckers , the Mercer lets loose a world of excess, bringing your amp to new frontiers beyond any description.
And the extraordinary feature of the Mercer, is that you can decrease this huge distortion tone gradually down to clean, simply using your guitar volume knob.
In the past stompbox history, numerous attempts to morph distortion in real time have failed, but now and here you get a fully effective remote distortion controller for free.
Little finger maestro guitarists, such as Steve is, will find here another reason to own a Mercer Box 2.

4 – The Mercer Clean Tone
The Mercer Box is one of the rare high-gain distortion pedal to offer a clean tone, not to say the only one.
Directly inherited from my handmade Mercer, it is a stronger, warmer, yet clear tone,
when compared to by-passed tone.
Very reminiscent of the best tube amps and so addictive, you could let the Mercer on all the time.
Or buy a second Mercer Box for distortion. 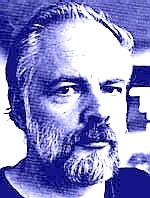 5 – Why “Mercer Box” ?
The Mercer Box name comes from the K.DICK (1928-1982) book “Do androids dream of electric sheep ?” (1968)*, better known from the Ridley Scott movie adaptation “Blade runner” starring Harrison Ford and beautiful Sean Young.
The ‘ Wilbur Mercer empathy box’ is used by Mercer adepts to live again and again the cult-founding religious experience being Wilbur Mercer himself. Adepts who seize the two handles of the Mercer Box are instantly transported through time and space, into the body and soul of Wilbur Mercer escalating the hill.
Playing the MERCER BOX 2 is not sounding like. It is being. 6 – Audio/Video demo