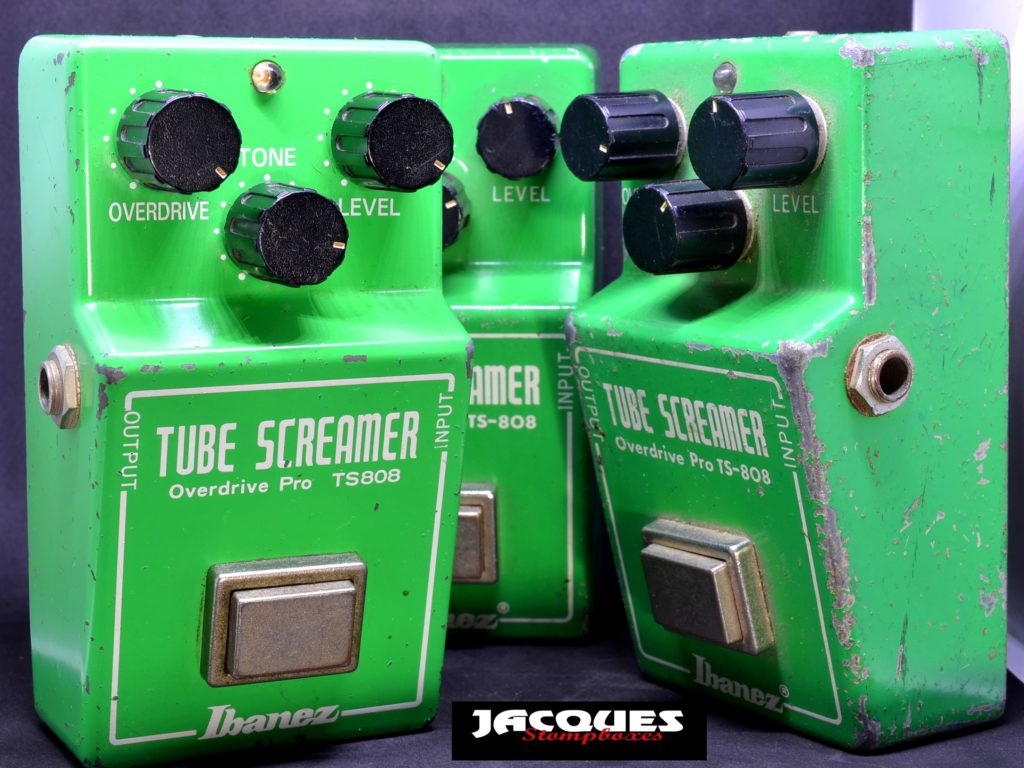 In the early ‘70s there were no such things as an overdrive pedal. When we talk about choice of good guitar tones , it usually went from Fender twin clean to fuzz face in a Marshall amp, while these options were way too expensive for teenagers. Even in our favourite records , that creamy tone we all know and like now, was totally absent . Of course, it was always possible to roll-off our guitar volume knob when engaged in a fuzz pedal to obtain something more coherent for rhythm—and then of course go full volume for fire-breathing solo. As far as I can remember, the first time I heard this tone was from a Stevie Ray Vaughan track and it changed everything. So don’t take for granted this tone has always been here : most classic rock album , the foundation of our music , did without.

While Boss OD-1 was already there when the Ibanez ts808 came out, it somehow flew under the radar. Some would argue the MXR distortion + could be near, but as we used it only completely cranked up, we totally missed the point.
Another thing is that our beloved fuzz pedals was not that great on cheap transistor amps, with maybe the exception of the Electro-harmonix big muff, a class of its own.
So when we first tried a tubescreamer on our band Emthree 100w tranny amp, it was kind of a revelation: it was just like we eventually got a good amp for almost free.This was so good , I had to KNOW why and how those Japanese engineers have succeeded in that miracle, as I was already building fuzz pedals for my fellow guitar players at that time. 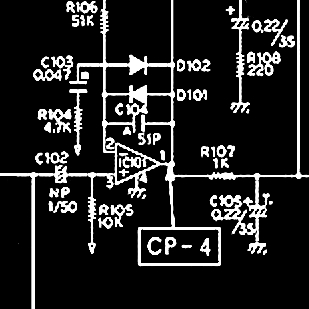 Intense scrutiny gave me the secret : two diodes in the feedback loop of an opamp ! Believe me at that time opamps were close to the electronics state-of-the-art , and while two diodes head-to-tail was not really new, the arrangement was ground-breaking. From this mythical times , I have been working on my own version, leading me to the fierce Overtube. But the original green Grail have been cherished all these years, and still part of my pedal collection at the best place. 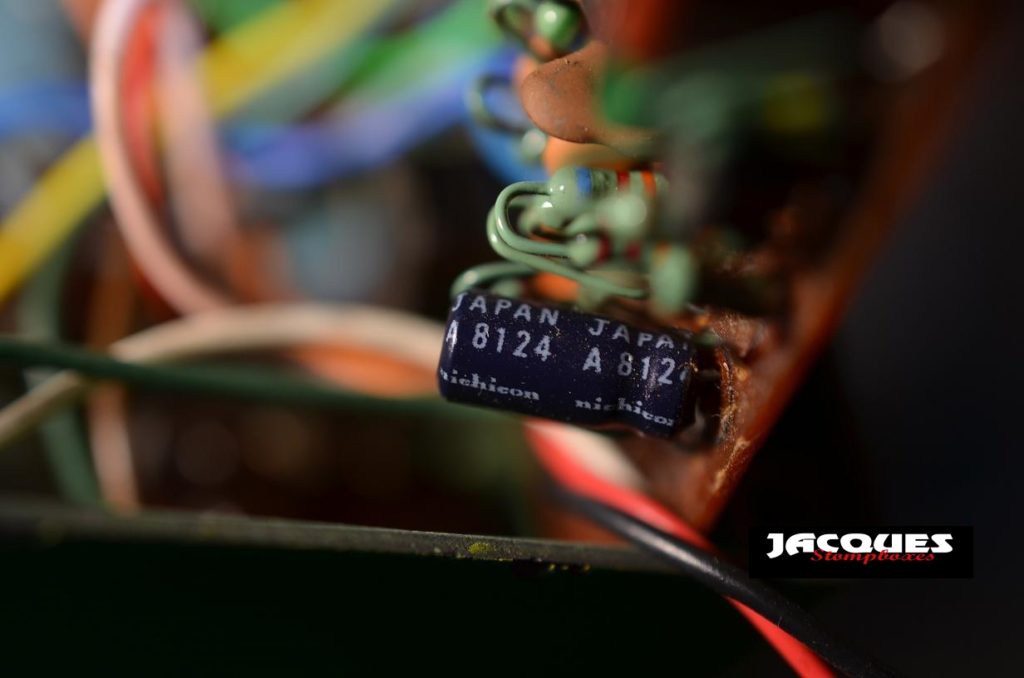 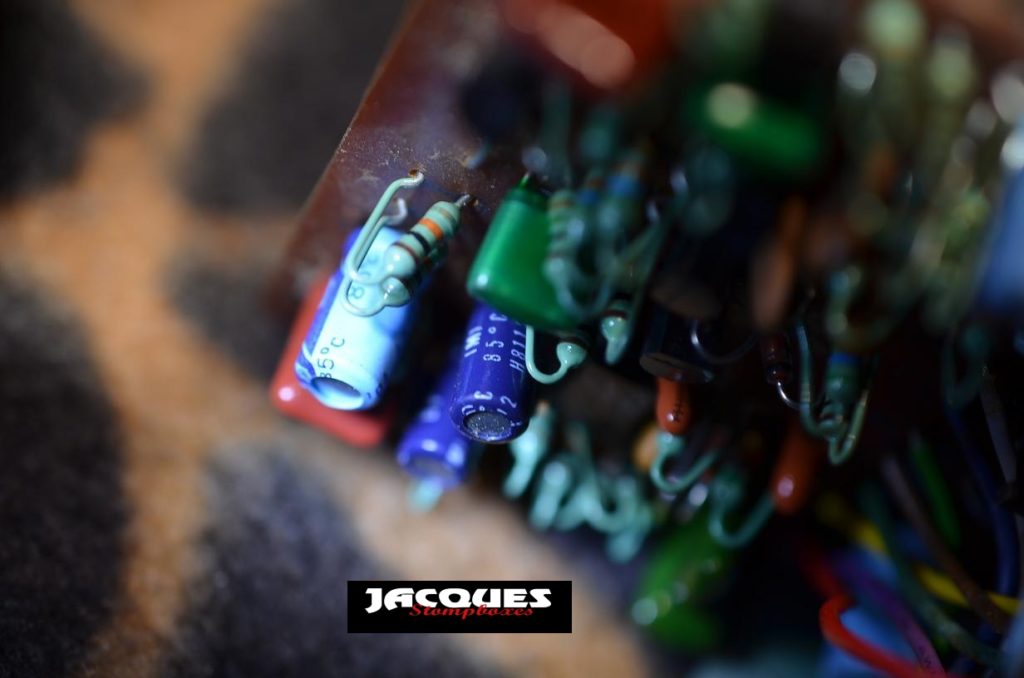 For a long time, that question was utterly useless : there were only originals , they were cheap, and the reissue trend was not yet even on my mind of marketing executives : they only changed the models and the pedal became ts9, ts10 ts5 and ts7 .But when market went crazy on prices , Ibanez made these pedals again and confusion started .
Well the outside look is kind of a give away : most of the original tubescreamers have been played A LOT and therefore display the wonderful patina of time. The backplate is also different from the but there is a much safer way to know when the treasure you hold in your hand was made: Japanese capacitors manufacturers had the crafty idea to print the year of production on their products. Just read it and you will know : on these pictures , both pedals shows 1981 date .
You can also spot the registered r near the Ibanez logo which indicates older models. 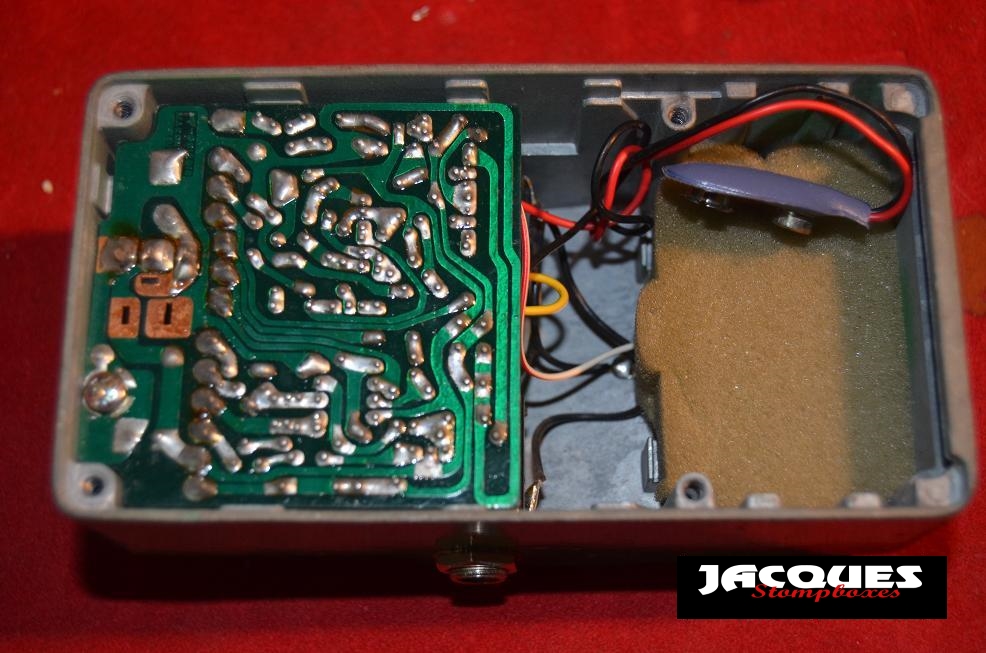 Tone-wise : is it right to spend so much money on an original ts808 ?

That should be short : YES. Any time we did a blind test with several tubescreamers we had on our feet original ts9 pedals, luxury ts808 reissues , modified reissue surgery victims , clones of various skills , etc … , any of our original pedals was chosen 10 times out of 10 . We could start an argument about mojo or any other vaporous theory but facts are facts. I of course have my personal theories about chaos theory and how original components have somehow learned to work together but I won’t bother you with them. I have seen and heard that enough with numerous vintage original pedals to be sure.

Collector-wise : is it right to spend so much money on an original ts808 ?

Then again it’s an easy YES : the price of vintage original have raised permanently though the years with no limit yet. I remember fondly when those pedals could be bought for 30$ or euros in the short synthesiser era of the ‘80s. So whenever you find one at a price you would agree, just buy it. 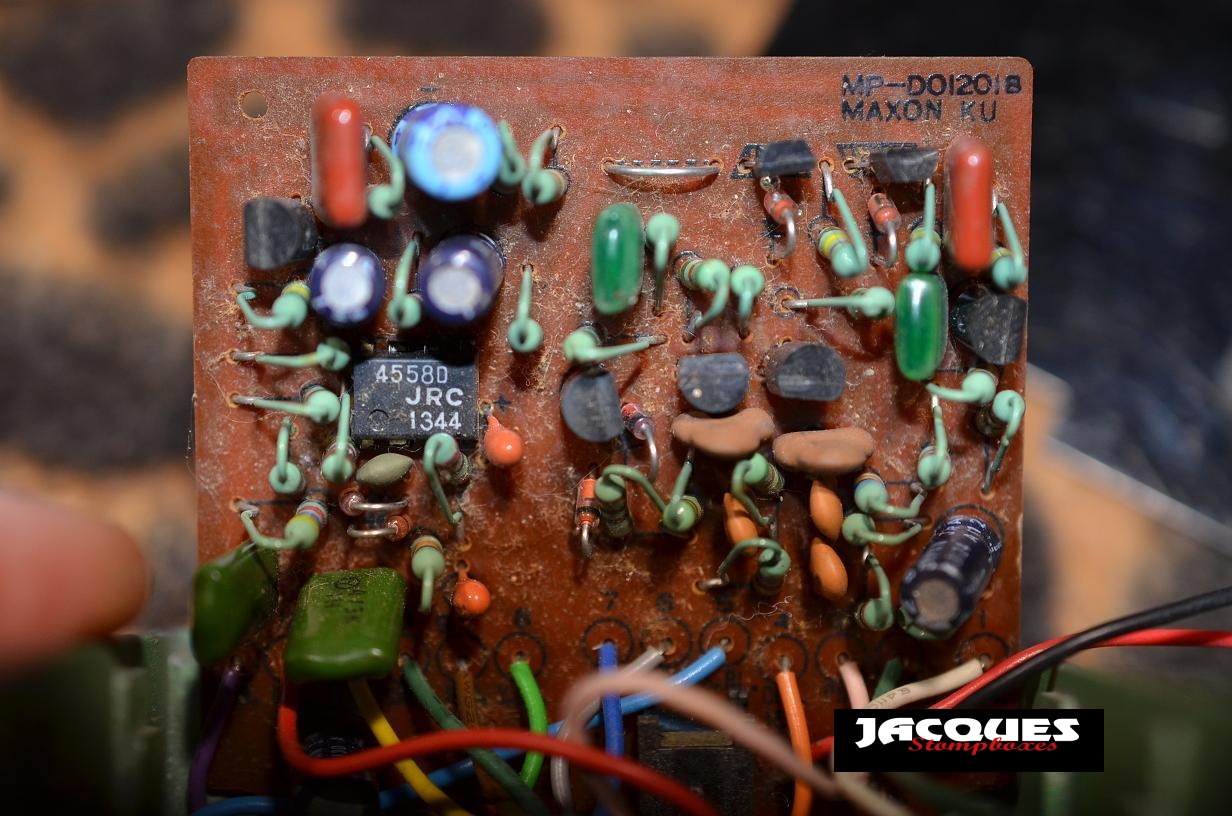 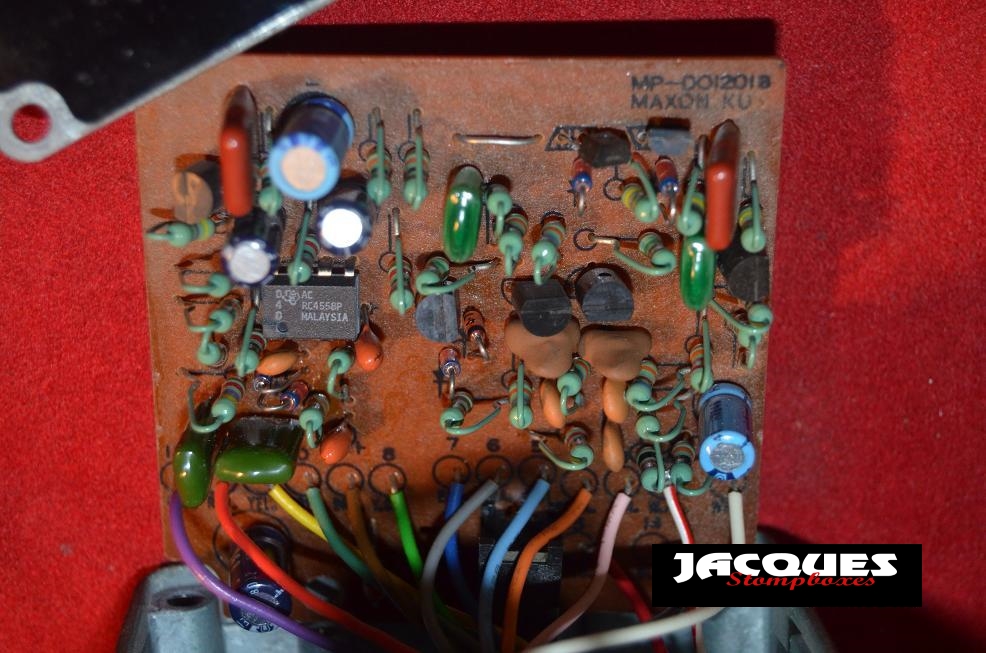 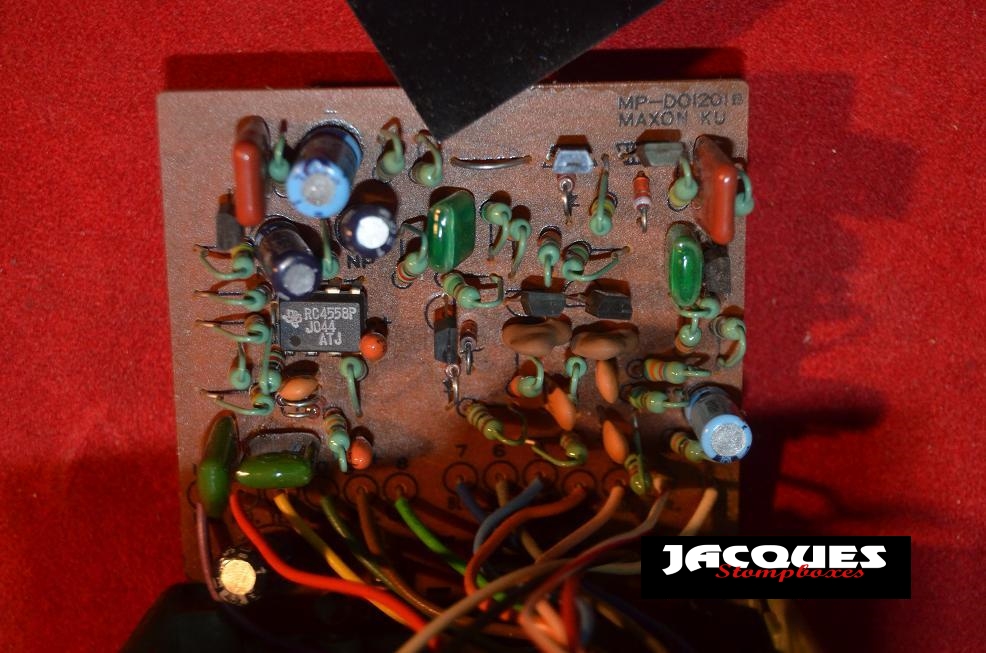 The 4558 opamp chip and the Malaysia story

As we was before ,the circuit of this pedal was conceived around the 4558 operational amplifier issued by Texas Instrument in the ‘70s. By all means this opamp was not targeting high-end audio but meant to be a more modern 741, and then received the modest ‘ general purpose ‘ sticker. You can find it in numerous domestic appliances of that period and that’s a fun game to spot it in thrift stores cassette recorders or radios. Several brands of this chip were used by Ibanez, and some aficionados would only swear by the Malaysia RC4558P from T.I. or Japan Radio Company JRC4558D. My habits in hi-fi tend to direct me toward the original, and as a matter of fact, my favourite ts808, nicknamed ‘ West’ has an original made in USA RC4558P from Texas Instrument themselves. But we are talking a subtle differences here. None original pedal lacked the magic in tone. 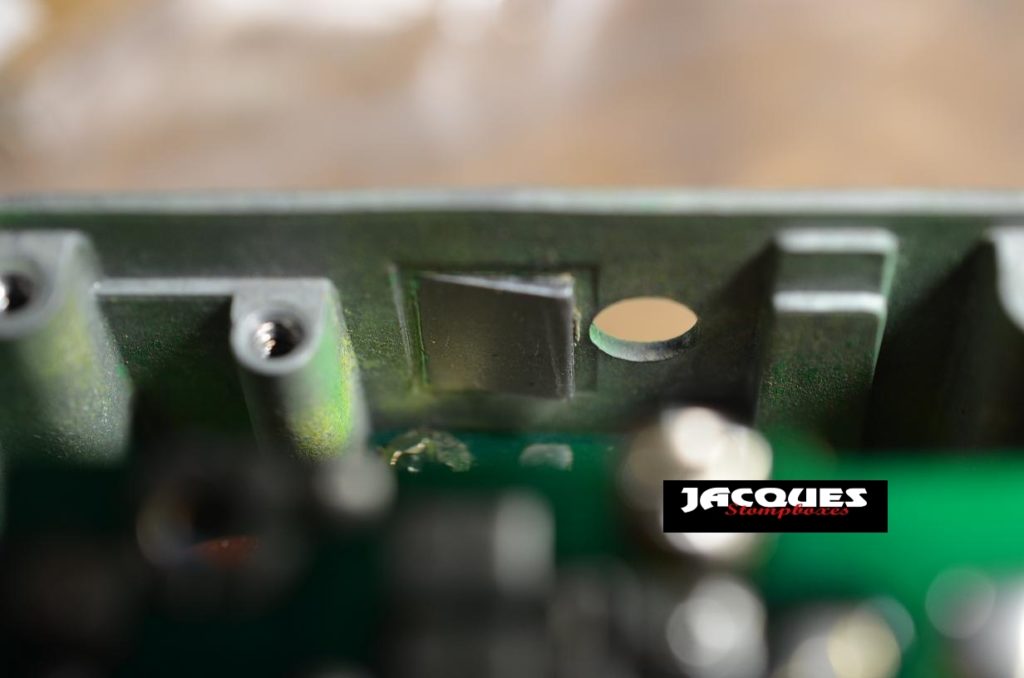 All original ts808 pedals had mini-jack positive tip power supply plug input. But a much lesser known fact that their enclosure was ready for standard Boss barrel DC. A square hole was already present as you can see on pics, while it was not a good idea from the precedent owner to punch it opened. 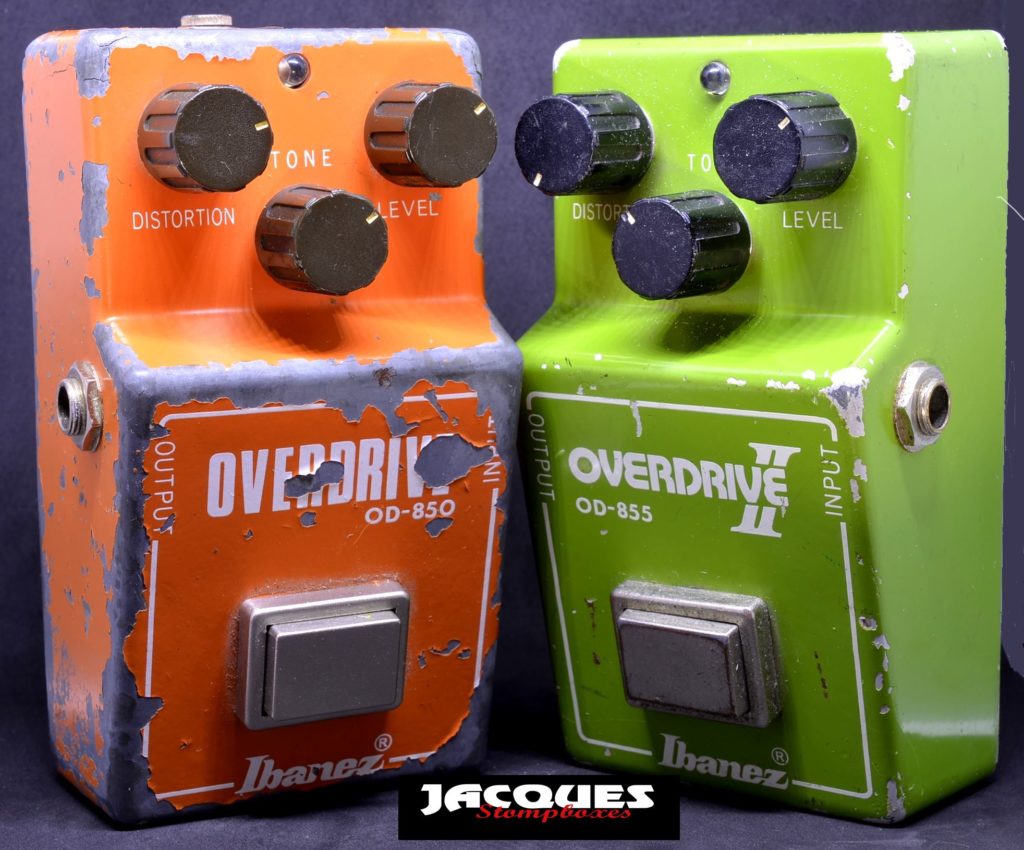 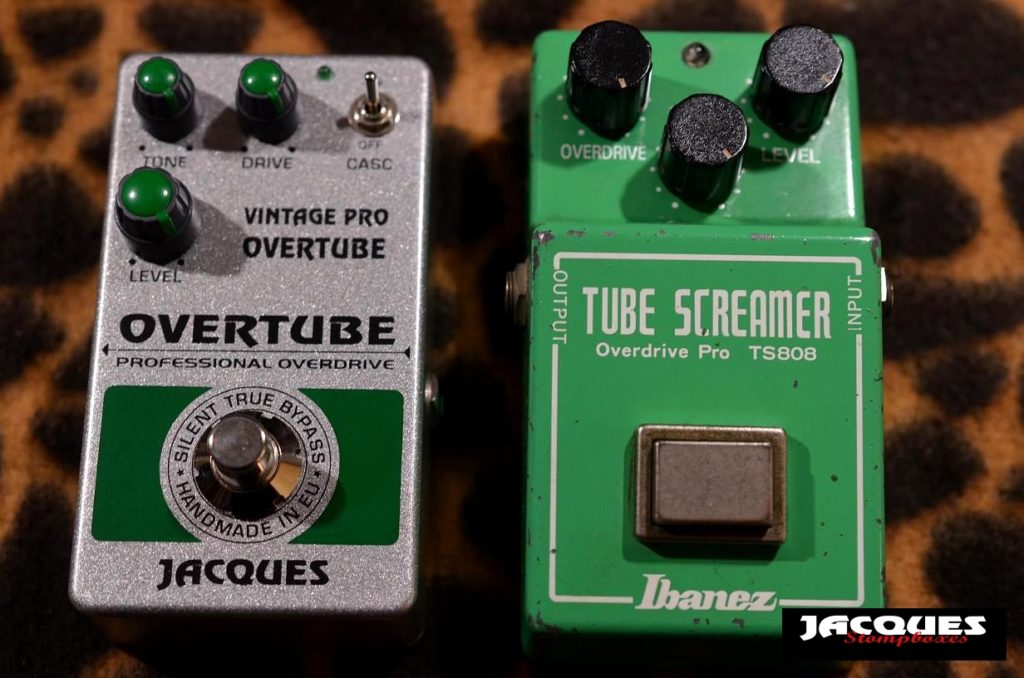 My own creation : the Overtube.

I dislike making clones for at least two reasons :
I love to pay homage to the original object of my collection and it is a real joy for me to own several examples of this legendary pedal as well as other milestone pedals. I can find any value of a servile copy and if someone cannot afford an original , a cheap ts7 will always do the job and it is still an original pedal which can one day be cool, who knows.
The other reason is from an artefact point of view : I will always be much happier to sell a circuit I have created myself , expose my own sonic ideas and get the proper feedback from a satisfied customer.
This is why I built the Overtube on a new electronics basis to catch the creamy magic of the original ts808 and add it a CASCADE switch to emulate the use of 2 tubescreamers in series popularised by SRV himself.
Thank you for reading this article and let’s meet on my Overtube page